The popular PBS series, Antiques Roadshow, has never swung through our state — what’s up with that? So we created our own version, enlisting top appraisers to evaluate your Maine antiques.

I’m intrigued by this piece of china from the Maine Central Railroad, manufactured by Syracuse China. Know anything about it?
Tim Stuy, Allamuchy, New Jersey

This heavy china, sometimes referred to as ironstone, came from New York–based Syracuse China’s commercial arm, which produced dishes for hotels, passenger ships, and railroads. Many china companies date their products through codes; the one on this piece indicates it was made in April 1929, says John Bottero, vice president of Thomaston Place Auction Galleries. The Maine Central Railroad carried passengers from 1862 to 1960, covering stretches from Portland to the Canadian border. Large plates like this would have nicely accommodated big portions of meatloaf and mashed potatoes.
Bottero’s Appraisal: $50–$75

My husband and I bought this pinball machine at a barn sale 30 years ago. It was made in the early 1930s by Scientific Machine Corp. What else can you tell us?
Lisa Hincher, Gorham

This is a 1934 coin-operated machine, one of 29 different models made by Brooklyn, New York–based Scientific Machine Corp. during that decade. Found in arcades, bowling alleys, and drugstores, early iterations like this lack the paddles that allow you to re-launch the ball, making the game “a little less fun to play,” says Bruce Gamage of Rockland’s Gamage Antiques. By removing the bolted legs, users could play on a tabletop too.
Gamage’s Appraisal: $1,000–$1,500

My husband found this three-inch pulley at a flea market in Searsport. Considering the town’s seafaring history, the vendor suspected it was made by a local sailor. Any thoughts?
Jenny Venegas, Mill Valley, California

That’s probably right. To pass the time at sea, sailors crafted many items for their homes and ships. This pulley is made of porous whalebone — you can tell by the surface pitting. Whale ivory is much harder and less plentiful. Based on the dark-brown patina, Bottero believes it dates from the 19th century. “This is a well-preserved, utilitarian piece,” he says. “If it was carved or figural ivory, it would be worth four to five times as much.”
Bottero’s Appraisal: $300–$400 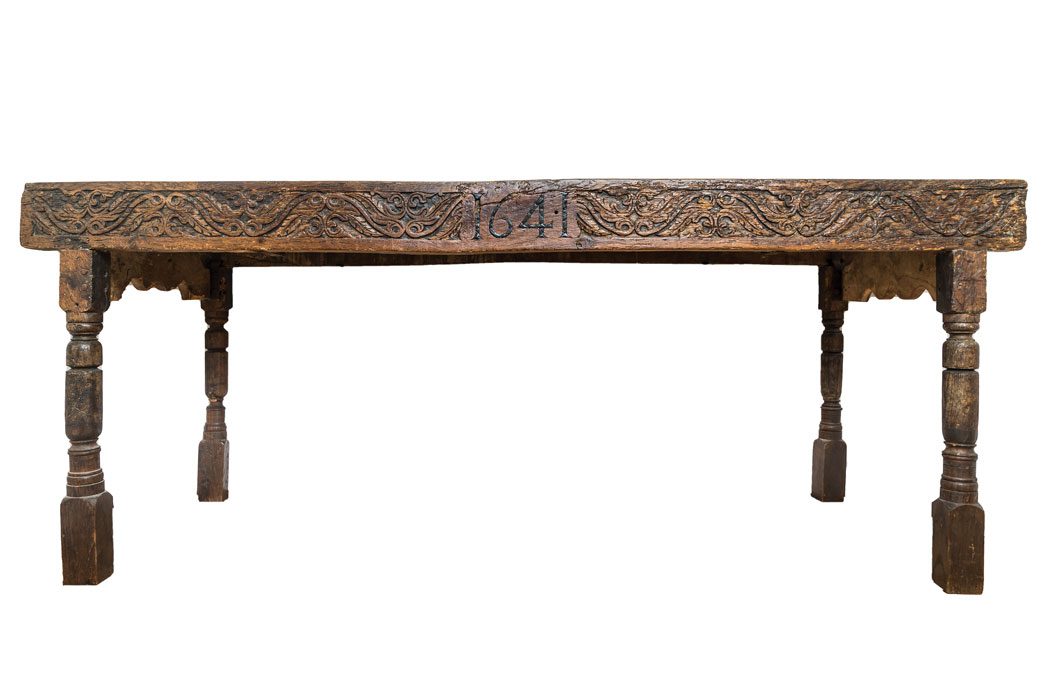 I purchased this table on Craigslist. It’s decorated with beautiful scrollwork and the date 1641. I was told it was a sea captain’s table. What do you think?
Derek Markgren, Falmouth

SUBMIT YOUR ITEM!
Have a curiosity you’d like to know more about? Send a photo and description to [email protected] and we may feature it in an upcoming column.

“Maybe this belonged to a sea captain, but it was not designed for use on a ship,” Gamage says. The European piece has a worn top and narrow profile, indicating that it was probably an altar or worktable; its raised top edges suggest that there may have been a loose panel that fitted over it. Hand-carved mostly of oak with a dark patina befitting its age, “this is a beautiful antique,” Gamage says.
Gamage’s Appraisal: $1,800­–$2,200

Hidden Picture
We use cookies to ensure that we give you the best experience on our website. If you continue to use this site we will assume that you are happy with it.Ok