These Century-Old Images Zoom In on Rural Mainers’ Lives

From the January 2023 issue of Down East magazine

In a circa 1898 photograph titled Noonday Meal, taken in New Portland, an elderly threesome sits at a small table having brown bread and tea. At first glance, the scene is unremarkable, quotidian. But then, curiosities emerge: one of the women pours from a rustic enameled teapot, but the table is dreaped with an ornate cloth and set with bone china and crystal water glasses. Meanwhile, the group is dressed in what were probably their finest clothes, the man in a waistcoat, the tea server in a delicately patterned apron, and the second woman in a fashionable puff-sleeve dress. The man, arresting with his gray-blue eyes and luminous white beard, levels his gaze at the viewer as if to say, “Dare you question us?”

The image, part of the new exhibit Chansonetta Stanley Emmons: Staging the Past, at Portland’s Maine Historical Society Museum, is emblematic of photographer Emmons’s style. A trained painter who found her calling documenting domestic and agricultural scenes, Emmons employed techniques typical of Renaissance portraiture, spending hours staging her subjects and incorporating finery and treasured items to elevate a tableau. 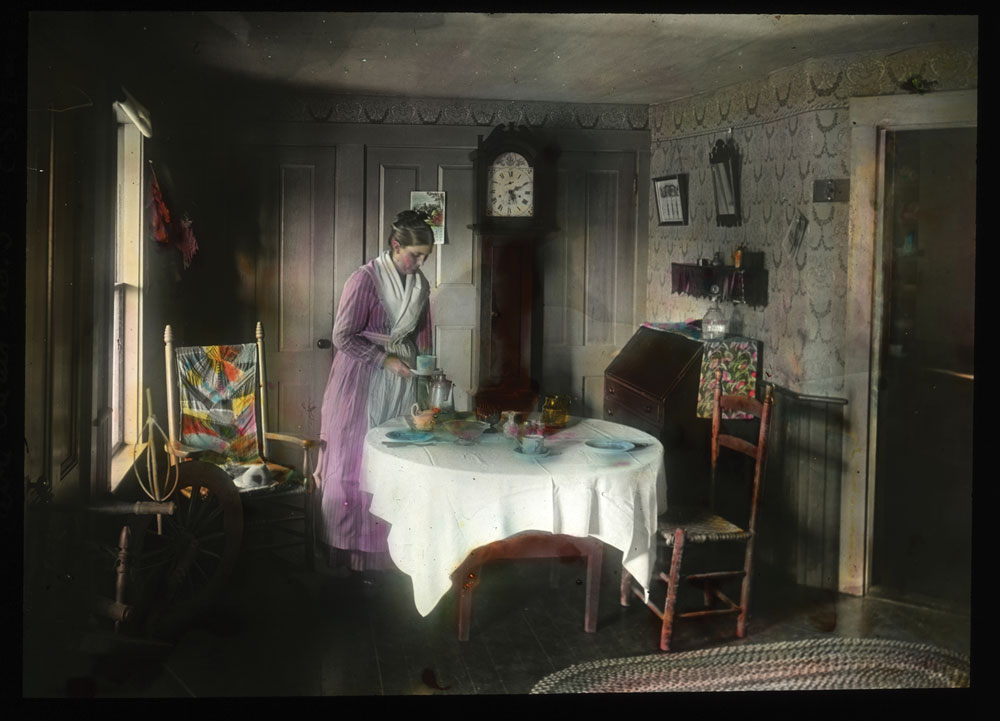 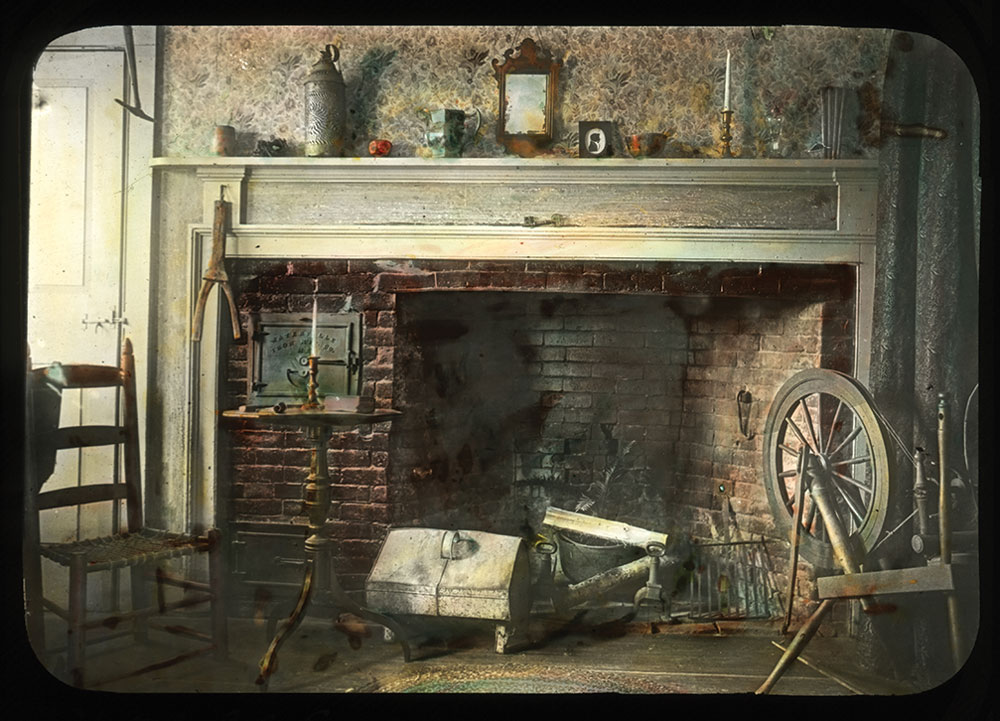 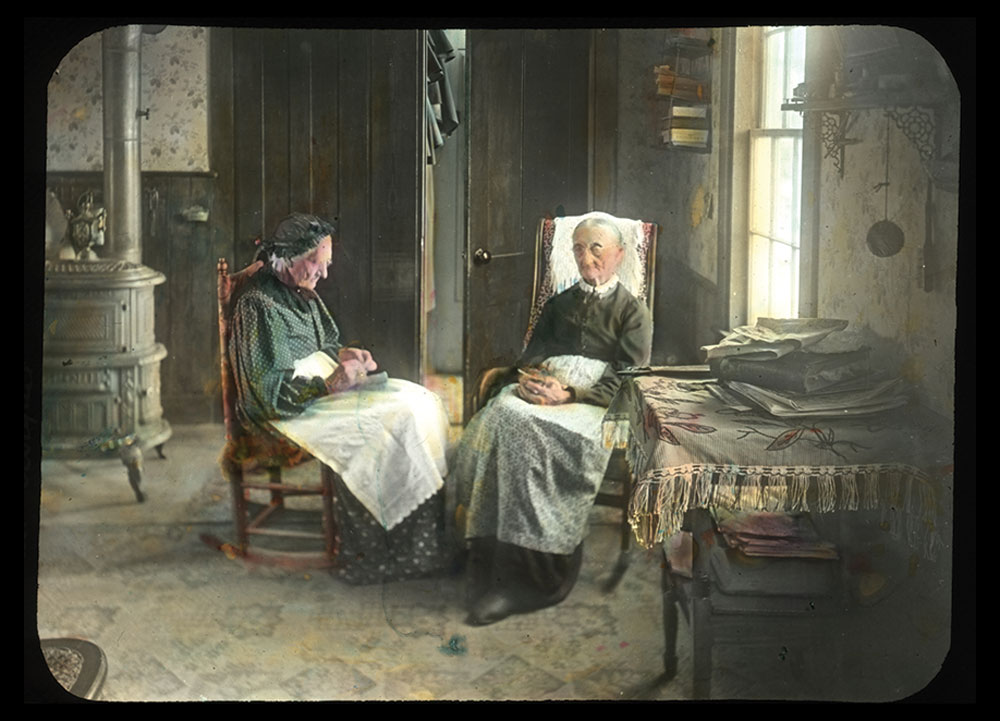 Occasionally, Emmons’s staging tipped into fantasy. In her 1909 photo essay The Old Table Chair, she posed friend Vila Walker True as a grandmother, eyes downcast at a table laden with sky-blue china, reminiscing about her past. Sunlight from a window illuminates the tablecloth, a napping cat, and a glass decanter. “Because she only had natural light available to her, she was doing a lot of similar things like Rembrandt and Vermeer were doing with these raking lights highlighting the whites on her subjects,” says curator Tilly Laskey, who selected the exhibit’s 22 works, on deposit from Kingfield’s Stanley Museum.

Raised in Kingfield, Emmons devoted herself to photography after the sudden death of her husband, in 1898. She and her young daughter, Dorothy, traveled the country taking black-and-white photographs using a dry-plate photography process patented by her famous brothers, Freelan and Francis Stanley, who also invented the Stanley Steamer automobile. Around 1925, mother and daughter hand-tinted about 500 of Emmons’s glass slides, enhancing their painterly qualities. Each summer, the two returned to western Maine, where Emmons frequently trained her lens on women performing household chores, like pumping water and shelling peas. “These aren’t necessarily the images people often see,” Laskey says. “The honoring of those women and their contributions to their farms, families, economy, and social lives comes through in the photographs.”

However romanticized they may be, Emmons clearly wrestled with the Industrial Revolution’s upending of agrarian life. At the same time, rural Maine trailed cities on technological fronts. “She was depicting the way the people she knew and loved lived,” Laskey says. “She was trying to figure out a way to save it.”