In Machiasport, a boat “lounge,” two years in the making, anchors a couple’s waterfront compound.

ABOVE Julie and Rich Rose’s lobsterboat-turned-lounge points toward Holmes Bay.

For years, Julie and Rich Rose drove past a rotting 1960s-era lobsterboat near their Machiasport summer place and mused about turning it into a stylish hangout. The vessel had a large cabin, like a houseboat, that its owner told them her scalloper father had added to accommodate his diving tanks and other equipment. Rich, a graphic designer and professor at the Rhode Island School of Design, was taken with the idea of a maritime outbuilding because his father had been a “gentleman lobsterman” during Rich’s childhood summers here, and Julie, a lighting designer, had dreams of buying three old boats and turning them into a linked compound that they could Airbnb. “We thought it was going to be so easy,” Rich says with a sigh. 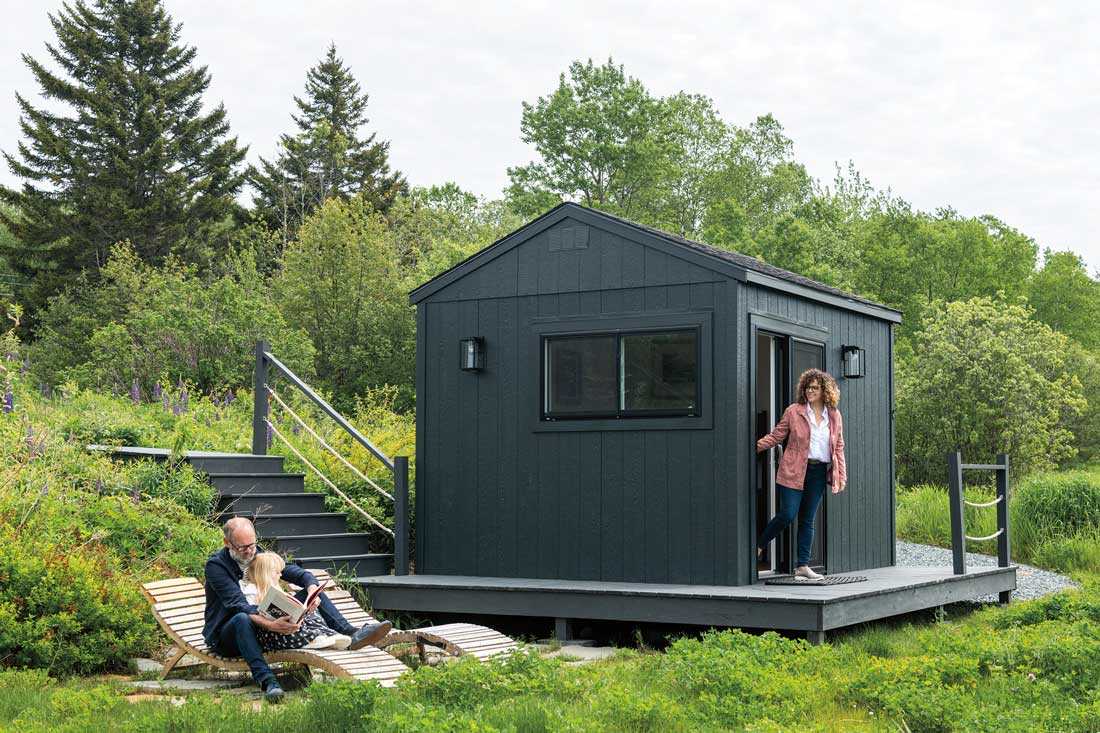 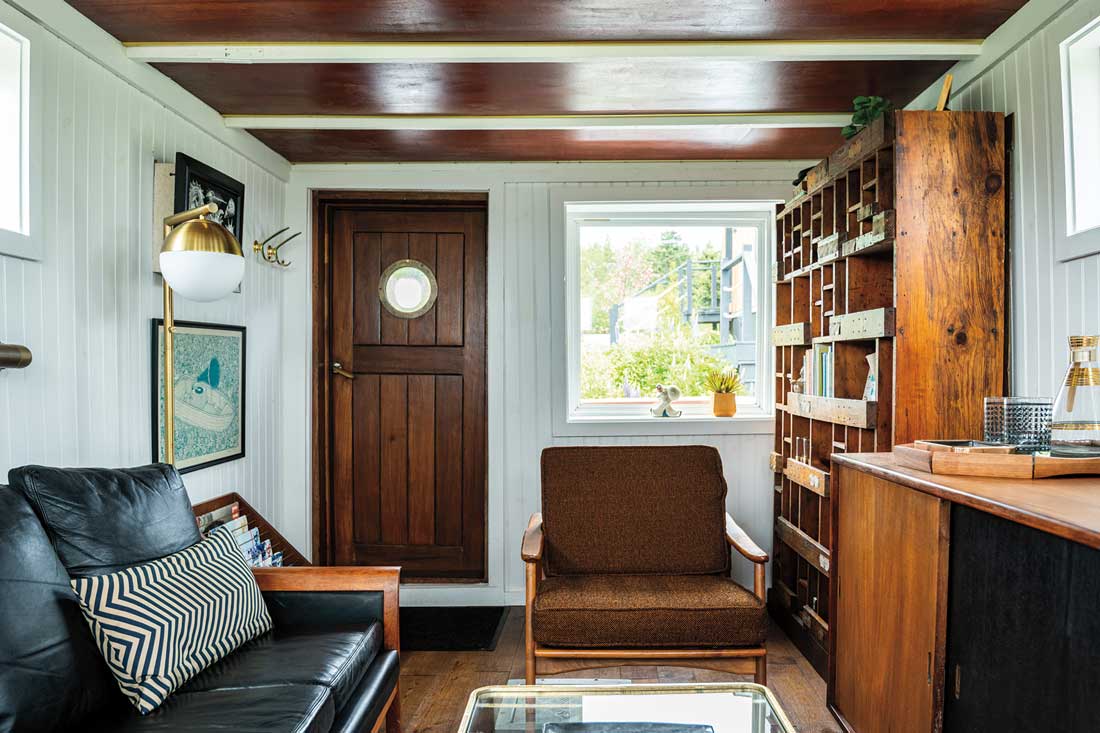 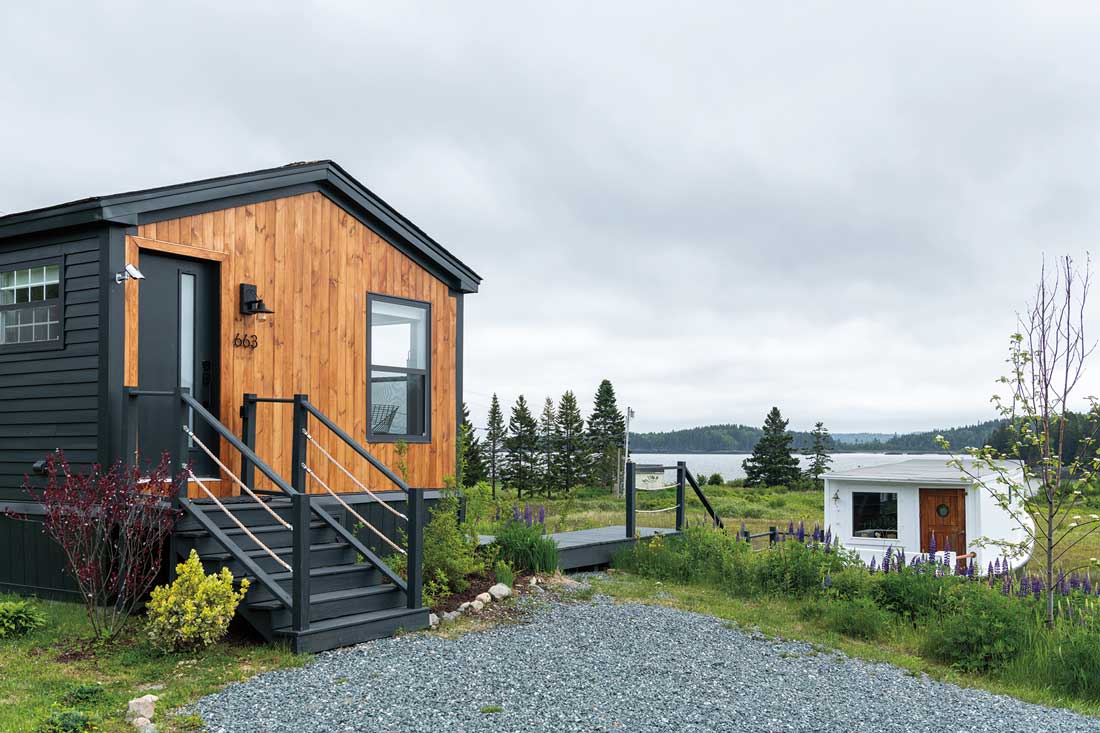 ABOVE 1) The bunkhouse is a black-painted Old Hickory shed. 2) In the boat lounge, a Knut Sæter leather sofa, an lb Kofod-Larsen chair, and mid-century industrial shelving pick up the tones in the teak door. 3) The pine-sided main cottage.

The trouble started when they couldn’t tow the boat on the narrow, twisted road leading to their house. So they worked on it in their plumber’s backyard for a year before purchasing an acre on Holmes Bay with a 600-square-foot prefab home they planned to use as the Airbnb’s main living quarters. But the land turned out to be too wet to support the boat or the crane needed to move it, so they had to wait six months for Machiasport landscaper Gerald L. Wood and Son to build a new road to the property, “dry” the grassy terrain with sand, topsoil, and a French drain, and erect a cement platform to keep the craft level. The location was windy, which sent the Roses to Google to figure out how to secure the vessel to its stand with steel cables and ratchet straps. When, after months of sealing the cabin, the roof leaked and ruined the new oak floors and furniture inside, Rich almost gave up. Instead, they enlisted local “carpenter extraordinaire” Manny Vasquez to cover the cabin’s plywood roof with EPDM rubber and pitched the bow slightly to encourage runoff over the stern. 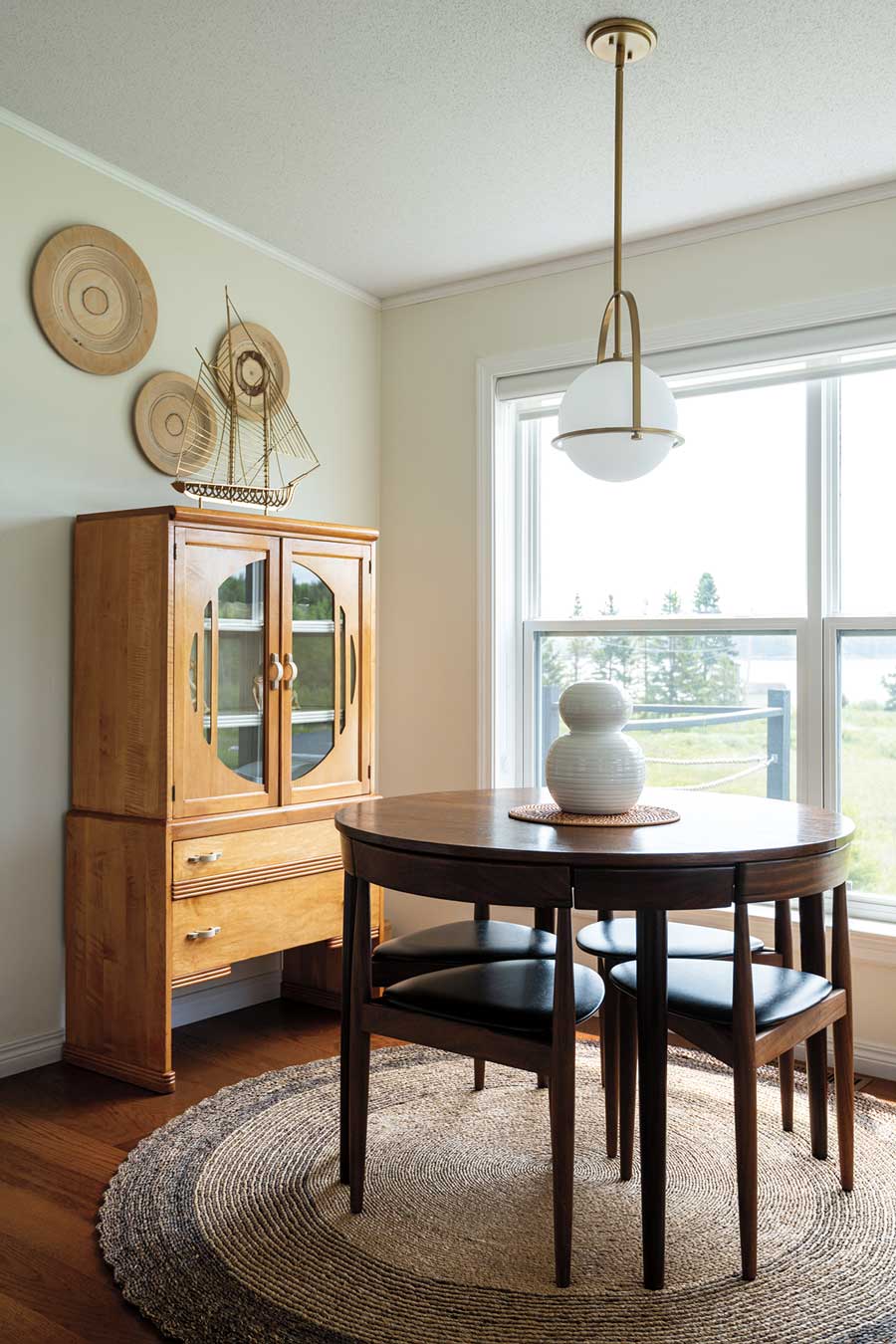 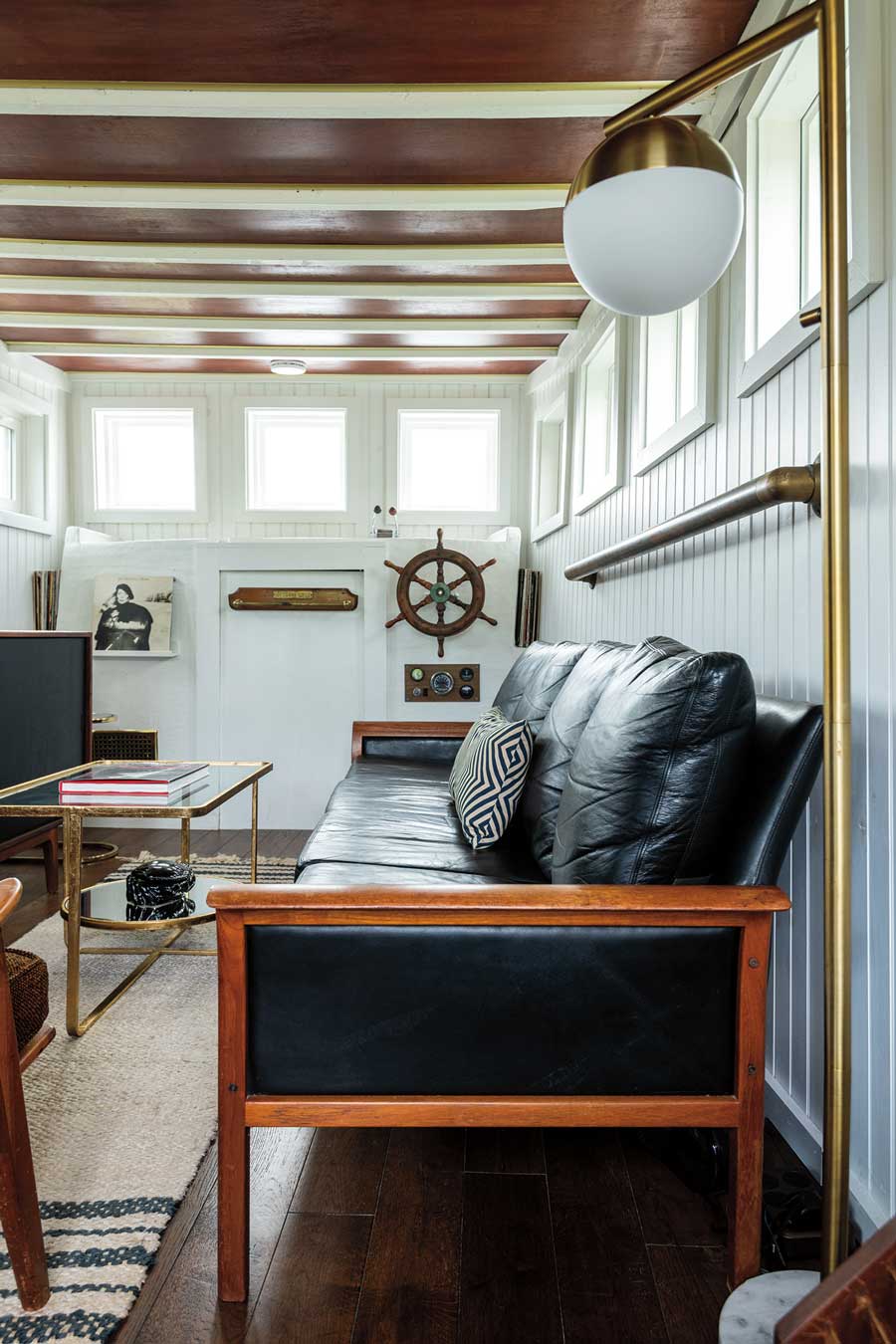 ABOVE 1) An Art Deco cabinet from Old Creamery Antique Mall in Ellsworth and a Hans Olsen Roundette table enliven the pine-sided main cottage. 2) Back in the boat lounge, a wood-and-brass “First Class” plate from Ray Foster Antiques & Fine Art in Machias and original steering wheel grace what was once the helm.

After two years of wrangling with the lobsterboat, now outfitted with Danish mid-century furniture and a vintage record player and board games, the Roses scrapped their plan for adding more vessels. Rather, they turned their attention to designing wooden walkways that, like docks, connect the boat-lounge to the main cottage — furnished like a glam fisherman’s shanty with décor from mid-century luminaries like Hans Olsen and Curtis Jeré — and a 120-square-foot Old Hickory shed-turned-bunkhouse.

Today, Rich compares the whole endeavor to the 1982 Werner Herzog film Fitzcarraldo, about a rubber baron intent on hauling a steamship over a precipitous hill to rubber territory on the other side. In the main house hangs the film’s poster, depicting a small man beholding a massive ship lodged halfway up a slope that Rich claims “says it all.” “It was an obsession,” he says of his and Julie’s own heavy lifting. “You have to be obsessed in the face of great adversity.”

8 Pretty, Earth-Friendly Products for Your Home